Recent statistics have placed lung cancers as the second most common form of cancer and by far the leading cause of cancer death in both men and women (1). With poor survival rates using current treatments, gaining a better understanding of the underlying molecular drivers of lung cancers has been the focus of numerous research studies. The ultimate goal: to find potential new drug targets.
These studies have revealed lung cancer to be a remarkably complex genetic disease, typified by an array of mutation classes (SNVs, CNVs, Indel and fusions) in multiple genes across the genome (2). Offering groundbreaking insights into the molecular mechanisms underpinning lung cancer, the mutated genes identified also offer huge potential as targets for new drugs, as hoped. The new breed of tumor-specific treatments born from these findings include tyrosine kinase inhibitors against mutations in epidermal growth factor receptor (EGFR), and monoclonal antibodies targeting vascular endothelial growth factor (VEGF) (3).

However, to deploy these new targeted therapies effectively requires advanced screening of patients at the genetic level to match the right treatment to the right patient, posing a host of new challenges.

Lung cancer is not just a single disease but comprises a group of diseases (non-small cell lung cancer (NSCLC), small cell lung cancer and lung carcinoid tumors) each with different histology and pathology. Diagnosis has historically required an assortment of assays, each capable of identifying a subset of molecular variants: Fusions detection via a combination of immuno-histochemistry and fluorescence in situ hybridization (FISH); CNV screening with FISH or qPCR methods; and smaller InDels and SNVs tested for in single biomarker assays relying on PCR and Sanger sequencing (4). However, in current guidelines for lung cancer testing set by the College of American Pathologists, screening for EGFR and ROS1 mutations and ALK fusions is recommended for all NSCLC cases (80% of all lung cancer cases). An additional set of genes (BRAF, RET, ERBB2, KRAS and MET) should be screened for cases in which EGFR, ALK and ROS1 testing is negative (5, 6). As new actionable genetic variants are discovered this list is set to grow.

Screening for a large and varied set of biomarkers via traditional techniques poses a practical challenge to laboratories. With availability of tissue biopsy a limiting factor, labs often struggle to perform even a minimal set of assays. Existing suits of methods are also expensive and time consuming, with FISH and IHC being difficult to standardize and recalcitrant to multiplexing (7).

Case by case lung cancer insights: the next generation

Seeking new ways to capture the full genetic complexity of a tumor from the small amounts of available biopsy tissue, labs are starting to explore the possibilities offered by next generation sequencing (NGS).

NGS provides a means to survey multiple genomic and transcriptomic regions from minimal input nucleic acid material, therefore maximizing disease insights from biopsy samples. Taking a targeted NGS approach can further optimize the assay to deliver information on only those regions of most relevance to a specific cancer type. Originating from academic research laboratories, NGS is starting to make the transition into routine clinical testing for a number of diseases.

As already discussed, we are starting to understand the important roles played by a range of mutation types in lung cancers (SNVs, CNVs, InDels and fusions). Therefore, to offer true value in routine lung cancer testing, any new technology must be able to capture all of this genetic variation both reliably and accurately. NGS shows promise for being up to this challenge: Using both DNA and RNA as templates, it has been possible for some time to reliably screen for SNVs and small InDels. With recent technological advances such as unique molecular indices (UMIs) (8), and optimized bioinformatics pipelines (9), it is now possible to capture more complex mutations such as CNVs, and even gene fusions (10). With the scope to capture all relevant mutations, targeted NGS assays tailored to lung cancer-specific mutations should be just around the corner.

PART 1: The Role of NGS in Myeloid Leukemia 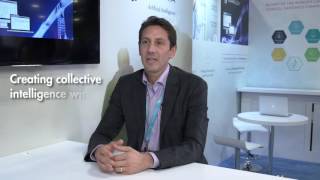 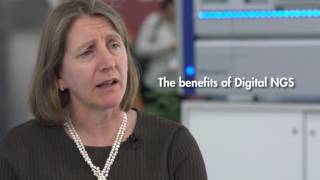